On 21-23 February 2018, the fourth South African Carpentries instructor training for African based Instructors took place in Kleinmond, Western Cape. The workshop was funded through the Rural Campuses Connection Project Phase II (RCCPII) Tertiary. The lead Trainer, Erin Becker, is the Associate Director of The Carpentries and currently based near San Francisco, California. Other Trainers included Senzo Mpungose, Scientific Data Center and Infrastructure Manager for Mathematical Sciences at WITS, Caroline Ajilogba, a Postdoctoral Researcher from the Microbial Biotechnology group, NWU Mafikeng Campus, and Martin Dreyer, an eResearch support consultant at NWU IT.

The workshop was the first of its kind in South Africa in the sense that it was the very first instructor training event in which new instructors would check-out and qualify as Carpentry Instructors by the time the workshop ended. Day 1 started with welcoming and introductions, it was also at this time that we learned that three of the four Trainers would teach Carpentry Instructor training for the first time, which had everyone a little nervous for a short while. But as soon as everything started, and with the guidance of Erin and Anelda, the first day went well with the exception of internet issues here and there along with some outside noises that sometimes made it difficult to hear. During day 2 the newly trained Instructors would already tick off one of the three things they needed to do to qualify as Carpentry Instructors by participating in the African Carpentries Instructor Monthly meetup and discussion session. 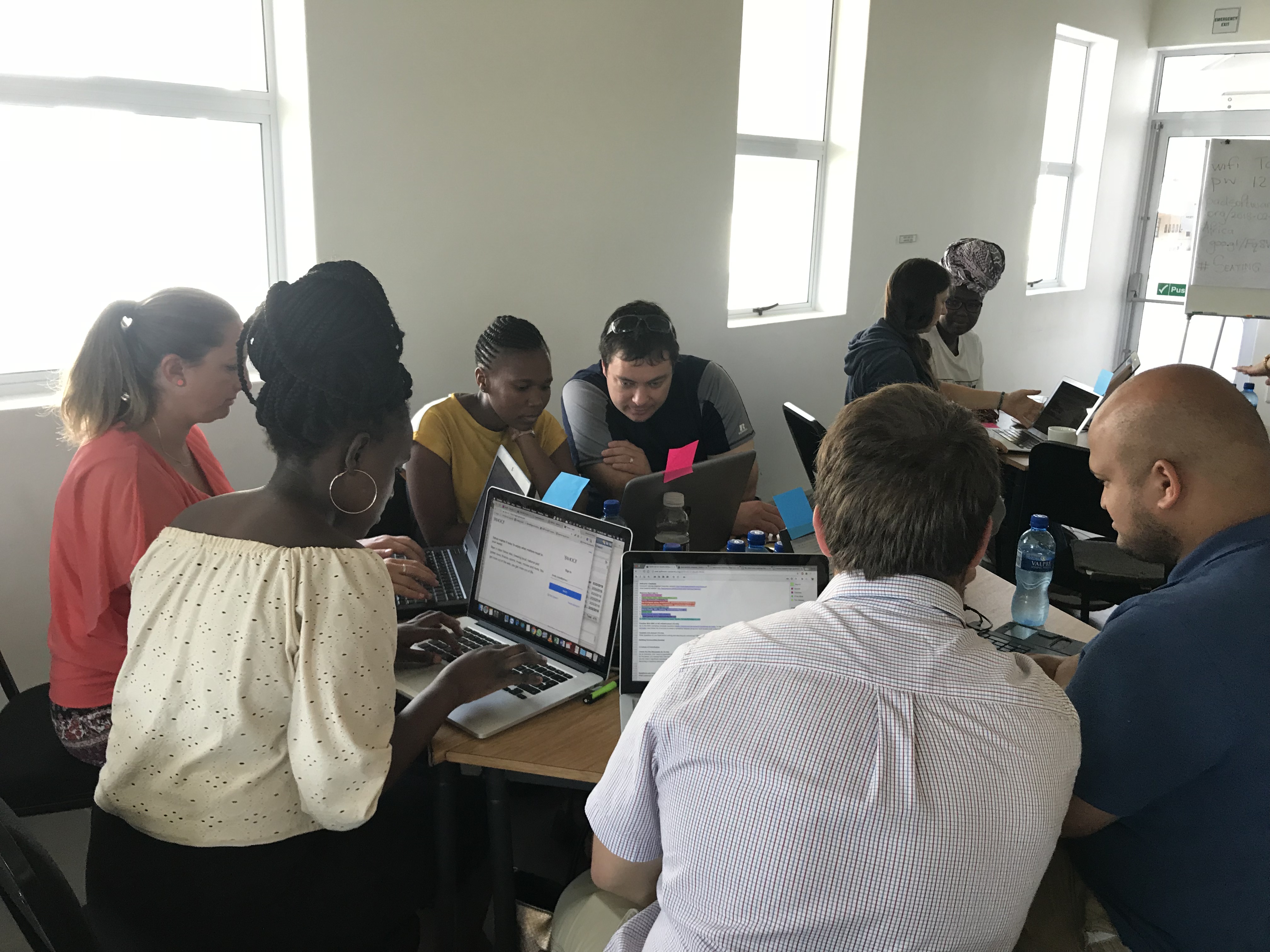 Day 3 started with a quick demonstration on setting up your own workshop website and using GitHub. The participants also had an opportunity to tick the second item off of the check-out list by contributing to lessons. By the afternoon, everyone who wanted to teach their five-minute demo session were divided into smaller groups and each group had a Trainer assigned to it and the new Instructors could teach their chosen lesson. By mid-afternoon the Trainers announced that everyone who did the demo session passed and we had 12 new South African-based Carpentry Instructors. Some of the instructor trainees decided to observe the teaching demos and opted to check out on a later date.